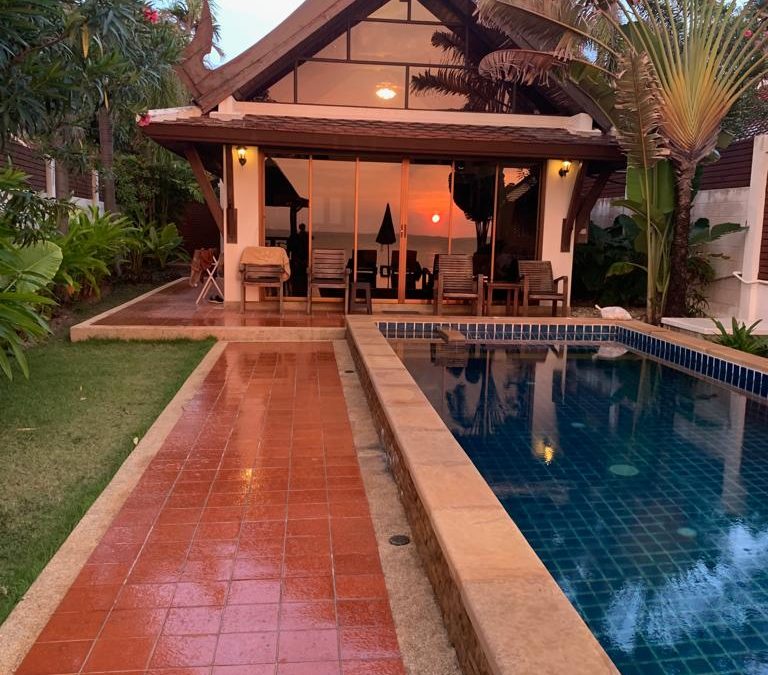 There was a lot of misunderstanding and confusion this holiday session around our holiday home.

We have owned our beachfront villa in Koh Lanta (Thailand) for ten years. Our manager, Nick, did an impeccable job running our property for five of those years. Accountable, responsible and resourceful, he was top at what he did. He acted as if our villa was his own. In December of this past year, Nick chose to specialize in other areas on the island, so he would no longer be managing our property.

Crestfallen, we started our search for a new manager. We asked Niang and Mark, who cared for our maids, gardening and pool – they thought it over and said that yes, they would give it a go. There was no excitement about the new arrangement, but we assumed they would grow into loving it – after all, it was an extension of what they already did!

After ten months of being away, we arrived at the villa as always for Christmas and we found our precious property in great disarray. Not only were the white walls yellow, and Budah strangling from overgrowth, but the keys to the front door weren’t working any more. As owners we were devastated. “How could it have gone so wrong?”

After some reflection we had a thought. Perhaps Mark and Niang did us a favor… they didn’t really want to do the job, but they tried to help us out anyways. Well sure enough, we were right. They saw our disappointment at losing Nick and wanted to do a good deed but… their hearts just weren’t into managing . As they said to us at our meeting: “ This is not our core business, and we decided to do you a favor.” When we asked Niang who was the right person to manage our villa, she mentioned Stefan from Lanta Hideaways.

At our meeting, Stefan asked me five-star questions like: “When was the last time you had the pool re-grouted?” I was impressed with his attention to detail. When I told him we had owned the villa for ten years he mentioned that he had been living on the island for twenty years, and that he had a management business and a school. At a certain point he sold his business to his employees, but in the recent past he realized that he missed both projects and bought them both back, including the school. So we immediately connected… Loving what you do is one of our core values.

Additionally, Michael and Cherie had a small outing to Saladon, to see where Lanta Hideaways was located. Cherie saw a piano sitting in his office. At our first meeting, Cherie let Stefan know that we had written a Musical that had been our 45-year-old dream, and that it was taking a lot of time and attention as the premiere was on the 18 May at the Thailand Cultural Center… leaving little time for the marketing and holiday bookings that they had done for ten years. After hearing the word “musical”, Stefan got ten times more excited and started to ask twenty questions about our show. He confessed to being a songwriter and composer. We were all connected on another level – music, song and theater.

We signed the papers that night. We turned over to Stefan the marketing and management of the Villa and made a date to talk more about our musical. We sent him the material as well as s the six performance dates for our show: 18/19/29/30/31 May & June 1.

Is there a job you want to give up this year and give to someone who wants to take it on the way you do? Is there some sweet person doing a job for you that perhaps doesn’t want to do and consequently they are not winning at it? These are two of my learnings this week. As a result of telling the truth and going into research mode without blaming we got to the bottom of all the issues with no hard feelings. It was a win-win for everyone.

We left the island at the 11th hour knowing that everything was settled, Niang and Mark could go back to what they did best, Nick could go forward with his dreams and Stefan could take over or marketing and managing. We could leave peacefully knowing all the pieces were in place.

May I invite you to look at the bottom-line truths and avoid fingerprinting as everyone was trying to help and not telling the truth. In the end every one got the right job and we have a new marketing and maintaining partner as well as a new musical friend.

by Lynn U. Stewart