by Lynn U. Stewart | Dec 14, 2018 | Coaching, Expect Miracles, Getting the job you love, Inspirational Stories, Passion in work | 0 comments 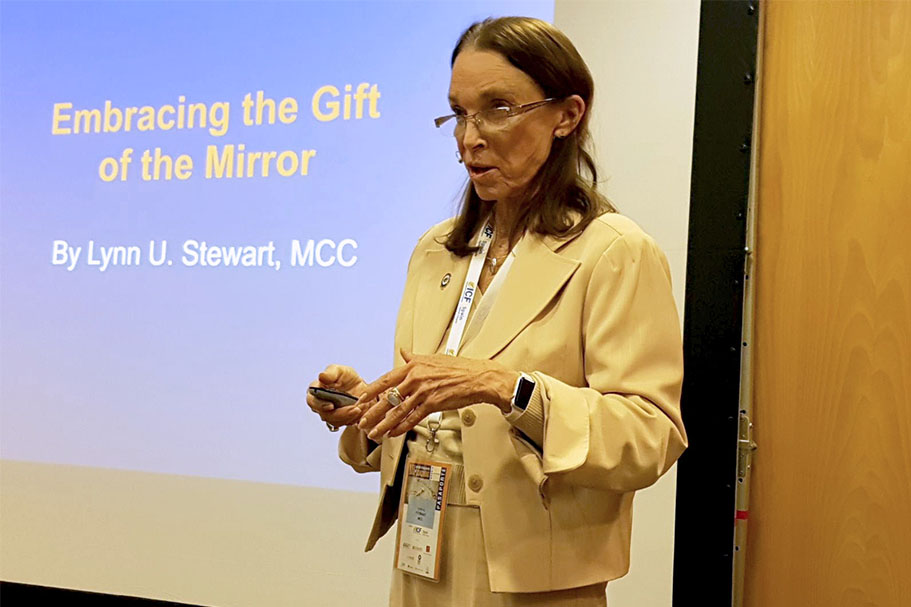 Many people work to pay their bills and go on holidays. They don’ t genuinely like what they do. It is my belief that when you do what you love there is a way to get paid for your working pleasure. As a coach I unleash peoples potential and if you are willing to believe that someone will pay for supporting your passion, they will.

I had a session with Caroline. She lived in Provence, France a rural part of France and was out-of work. Unclear about what to do with her life, her twin brother called me and asked me to do a session with her. I did. I asked Caroline a series of probing questions about things she loved to do. She confided in me that she loved to serve and and had a passion for animals. Furthermore she had a special way of talking to animals. Additionally, animals were naturally drawn to her. Where ever she went dogs, cats and even birds were connected to her. She did not know why but… they were.

She said she had had a dream since she was eight. She, the family and her twin were at a bed and breakfast in France where animals were welcome. While there she had offered to do a little dog walking and tending for the animals in residence. It was that special holiday week that she had connected with her love for caring for other people’s pets. That thought had never left her. When she told me about a friend who had the same talent for connecting with animals. She let me know that they had found each other at school and exchanged numbers. Caroline had been a student teacher and this friend Cecelia was a school Mom… they agreed to meet mid August. It was time. Enthusiastic about making contact, her dream came together with a name.. the Animal Inn— no— she said it has to be in English for the foreign visitors— it needs to be the International Animal Inn!

I invited her to close her eyes and envision the place. She saw a field with lots of spaces… she saw herself and many animale all cohabiting. When a asked her how she looked – she responded, happy, relaxed, neutral and natural.

I shared with her one of my dreams-come true. I had had a dream to live in France from the time i was-able to say French words When I was 22, I was a teacher at the école Français a bilingual French school in New York. While there i learned about the Winter Olympics in Grenoble. I had a passion to go over and work for the Olympics. I wrote 35 letters to hotels and inns in Grenoble to no avail. Being on a teachers salary, there was no travel budget and my parents were not interested in sponsoring my dream… Driven by ny passion to go abroad, I had a neighbor who worked for a quiz show. I asked him if I could be on his show. I won $1.000.00 went down the West Side Highway to The docks and bought a one way ticket to Cherbourg, France and a train ticket to Grenoble. Once there, by chance, I met the food and beverage director at the Park Hotel and he introduced me to Erick the American recruiter for ABC Television looking for staff for the Press. Eric hired me after a pre-arranged meeting, Miraculously, I passed the test. I was in and on my way to my Olympic dream.

After telling my miracle mitsfa, Caroline asked if she could share something with me- her last animal care-taking experience was as a volunteer, a job working with a shelter in Ko Lanta, Thailand. Coincidentally, I own a Villa on that Island so our mutual experience magically doubled as I shared my love for the island. She wanted to go back to the shelter at Christmas time. A shiver of recognition went through both of us as, I told her that dreams really do come true… and,… you have to be a believer. Having desire, willingness, belief and commitment is the winning formula for making the seemingly impossible happen. If I could do it so could she. I invited her to have contact with me and I invited her to avoid negative thoughts about her project and to focus on the positieve. We made a pact to stay connected during the launch of her dream job.

Her next words were spoken with a tear… she announced that I was the first one to hear her desire, dream and she was going to go for it.

If you are feeding your own negativity and wasting time worrying about things not working, consider trusting the universe and the infinite wisdom. There is a divine plan and it all works. We have all the answers inside. Take a look!